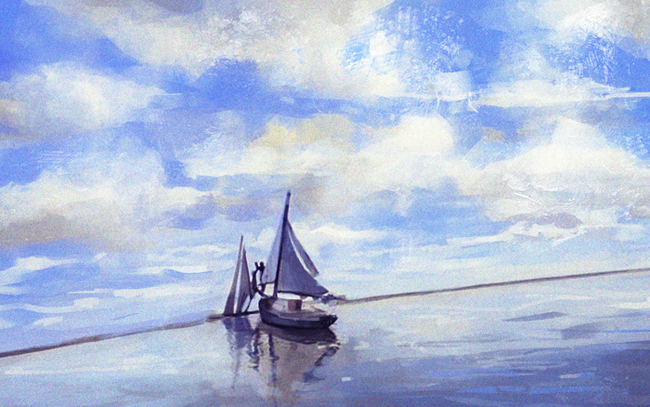 I was a 23 year-old youth pastor feeling the winds of transition blowing across my life. Not knowing the “what” or “where” of my new season, I began praying for direction. Soon afterwards, I met a missionary who invited me to join him in some exciting work he was doing in Mexico. Believing this was an answer to prayer, I accepted the invitation, said goodbye to my family—not knowing when I would return—and boarded a plane for Monterrey, Mexico.

Upon arrival, I was greeted not by the missionary but his son and girlfriend. My world began to rumble when they asked why I had so many bags… and the vibrations increased when they dropped me off at a rundown campground with no one in sight. I finally moved in with a family from a local church… and still, not a word from the missionary. Several weeks later he finally called. Within minutes I learned that everything I was promised was a sham… none of it was true. One thing was clear—it was time to go home. After telling the missionary, he criticized my lack of faith and unwillingness to “sacrifice” for God. I was now in an earthquake… questioning aspects of my faith I always took for granted.

On the flight home I was angry, confused, and totally disheartened.

Why did God let me move to Mexico?

Why didn’t he warn me?

Was I only listening to my imagination?

Thus began a brutal season of disillusionment. Eventually, I would learn to see it as a life-changing gift.

What is disillusionment? Simply put, it is getting rid of our illusions (i.e., “dis-illusion”)? The problem is that we usually think our illusions are real. So disillusionment is the literal dying of beliefs upon which we have built our lives. This can be both scary and painful; yet, we must persevere beyond this death until we have thoroughly slayed such false beliefs. With what do we fight? Jesus said it is the truth—in all its pain and terrible disillusionment—that will ultimately set us free (John 14:6). The painful truth for me was that my faith was not strong, I couldn’t hear perfectly from God, and I didn’t get a free pass from injustice. But on the other side of my disillusionment, this truth set me free because I learned that God can empower me to be what I am not and do what I can’t. This was my discovery of grace… and it has profoundly changed my life.

While we all have stories of disillusionment, we must not stop asking the hard and honest questions because God is reorienting our perspective on truth. The journey through disillusionment can be difficult because “truth” may not always be found in the answers we seek. Next week, we will look at how our human drive for answers can actually hinder our pursuit of truth.

What Do You Think?

What has been your most difficult time of disillusionment? What was the illusion and what is the truth?

David Trementozzi is married to his wife, Emily and they have three children—Judah, Kaleb, and Halle. David likes to write on topics related to Christian faith and their contemporary relevance. He has a B.A. in Psychology (Messiah College), Masters of Divinity, and Ph.D in Theology (Regent University). David is currently a professor of Theology at Continental Theological Seminary in Brussels, Belgium. To learn more about David, go to the About David page above. View all posts by David Trementozzi